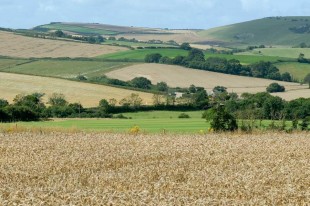 As part of its commitment to pay more than half of all farmers by the end of the year, the Rural Payments Agency (RPA) has announced that around 30,000 farmers are set to receive their 2015 Basic Payment Scheme payments on Tuesday (1 December).

The payments to farmers, representing at least 35% of those who claimed, mean the RPA is also on track to meet their promise to pay the vast majority of claimants by the end of January.

"My focus has always been on providing our hard-working farmers with these payments as early as possible. The Rural Payments Agency has worked tirelessly to process claims and I am delighted that through their dedication such a significant number of farmers will benefit from receiving their payments at the earliest possible opportunity.

"Volatile markets had made 2015 a difficult year for many of our farmers and both my and the RPA’s continued priority is to make sure the remaining payments are made as quickly as possible during the payment window.

"The added complexities and burdens of the new Common Agricultural Policy have proved challenging for everyone, which is why I am continuing to stress the need to simplify the rules and regulations in Europe for the benefit of our farming industry."

"We have been working seven days a week to ensure we deliver in an accurate and timely manner, drawing on resources from across government, to process claims so that full BPS payments to farmers start to be paid on the first day of the 2015 payment window."

More information about this post is on the GOV.UK farming pages.